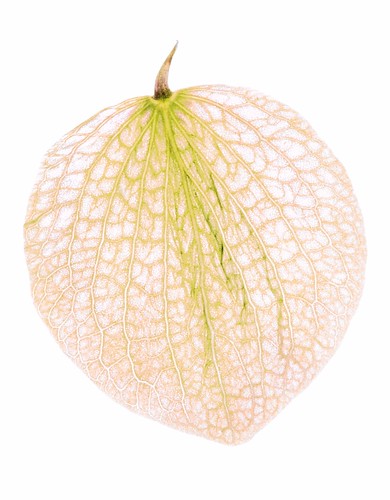 This is a photogram of a petal of the flower of an oregano plant, origanum rotundifolium.

Usually, when I capture this kind of image my post-processing involves all sorts of channel operations and complexities. I also bracket like crazy in exposing the capture in first place, because I find some of the out-lying exposures work better than those suggested by the light meter. My brackets are well beyond the range you’ll find in programmatic exposure bracketing in a digital SLR. Mostly, I am interested in over-exposure rather than under-exposure (over-exposure helps with the translucency) but sometimes I need under-exposure as well to layer mask in some dark bits using one blending mode or another.

Well, this time the fancy stuff just didn’t do it. I kept coming back to this way over-exposed version of the capture. No particular adjustments from the automatic suggestions in RAW conversion worked either. (This is unheard of for me!) Just worked as it was. Somehow the over-exposure had blotted out extraneous details and left a nice delicate color. Simple. Sometimes simple is best.

This entry was posted in Flowers, Photograms, Photography.