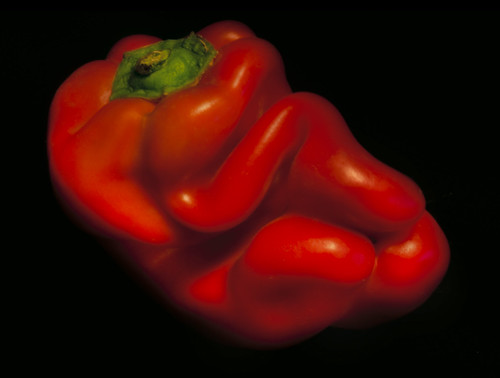 I photographed this red pepper on a black velvet background using a single focused spotlight bounced against the ceiling—and my sweet, old-fashioned manual 85mm macro lens (exposure data below). It seems like I am channeling Edward Weston—I’ve just finished re-reading his Daybooks, see the related story about radishes.

Exposure data: Nikon D300, 85mm perspective-correcting macro, five combined exposures at times between thirty seconds and 3 minutes, each exposure at f/51 (the lens stops down to f/48, but the effective f-stop is adjusted for the magnification factor) and ISO 100, tripod mounted. 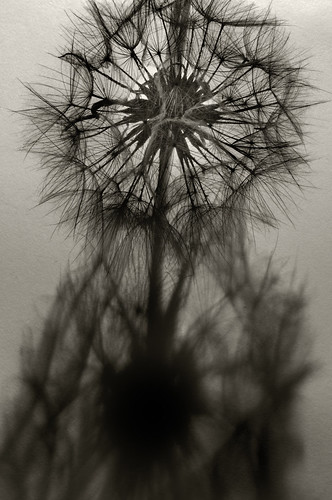 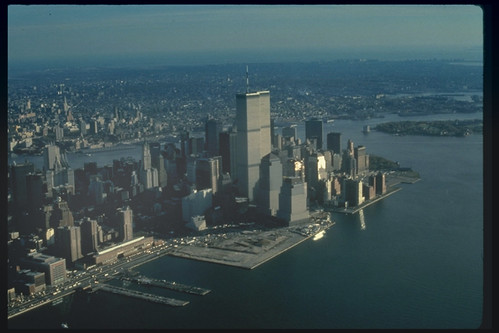 I took this photo of the World Trade Towers on assignment hanging out of a helicopter. Those were the days!

I enjoyed photographing the World Trade Towers between 1980 and 1990 when I lived in New York and worked as a photographer. I have scanned some of these images from film (in the scan above, as in many of these images, you can see the 35mm frame around the photo).

I’ve posted a set of my scanned World Trade images to Flickr, and you can see all of these World Trade Tower images on Flickr.

That is, if you want to cry. Everytime I think of the World Trade Towers it makes me sad about how our world has changed for the worse, but I truly think that those who do not remember the past are doomed to repeat it.

This photo is from Jersey City looking across the river: 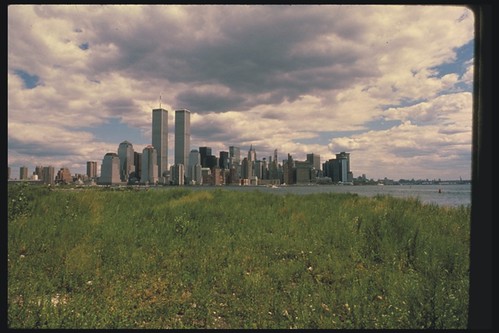 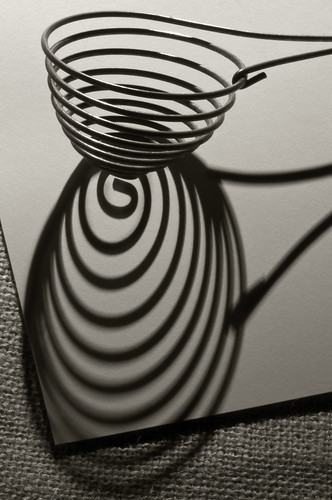 This is an old-fashioned egg yolk separator. Yes, there really is such a thing! Phyllis found it in one of her drawers of household stuff. The photo is inspired by an earlier image of glasses.

I cleared my car out of the garage, and after the kids were asleep I set a small folding table in the middle of the space. Lots of electrical outlets, space to move around, but pretty dirty!

The lighting was a single Lowel Tungsten spot with mostly closed barn doors, positioned above to the left of the egg yolk separator. The image you see was made from three exposures combined in Photoshop. I used my Nikon D300, and shot the exposures at 2 seconds, 4 seconds, and 8 seconds. The lens was my wonderful old fashioned 85mm perspective-correcting macro, stopped down fo f/51 (this includes an adjustment for the magnification factor). I used ISO 100, and needless to say, a tripod.

Next, I used a LAB color luminance curve adjustment to increase contrast. The photo was looking pretty close to how I’d previsualized it, but I wanted just a little more richness. So I duplicated the image, and used the Photoshop duotone mode (with Black and metallic gold as the colors for the duotone).

Next, I blended the duotone version back over the original in two layers. One layer was set to Normal blending mode, the other to Soft Light. I used a low opacity (about 20%) for each blend.

It’s amazing what you can find to photograph around the house if you look for it! 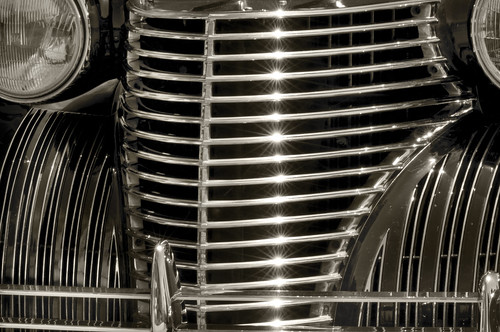 I like the way the grill of this 1940 car looks almost abstract, and I thought it very fitting to show it in black & white.

By the way, I originally identified the car as a Packard on Flickr, and was corrected by the aptly handled Packardman1934. Great thing about a community like Flickr: no matter what it is, someone knows more about it than you, and if you post the photo and get it wrong, they will find you…seriously a big plus for a photographer with captioning needs. 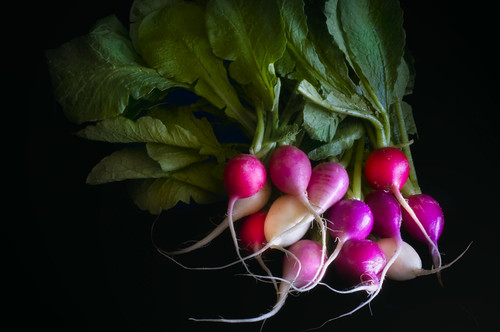 I’ve been reading The Daybooks of Edward Weston. Actually, I should say I’ve been re-reading; but way back these did not make such an impression on me.

Weston is a photographer I admire tremendously. There’s a great deal to be learned about photography from his words, and (more importantly) from his photos.

In my life situation, it is certainly amusing to read of his irritation at being “nurse maid and policeman” for his three boys—and the trials and tribulations of having his subject matter (like a couple of his famous peppers) eaten by his son Brett. And the pumpkins he photographed that ended up as pumpkin pie.

Of course, my love life is a great deal less exciting than Weston’s; the multiple involvements with his subjects, who all seemed to have danced for him in the nude, is part of the appeal of reading Weston’s diary.

And diary the Weston Daybooks are. Or perhaps proto-blog. I realize now that my blog, with all its fits and starts, rambles, and musings about photo technique, my kids, and photographic philosophy is really an electronic daybook.

Of course, we ate the radishes! 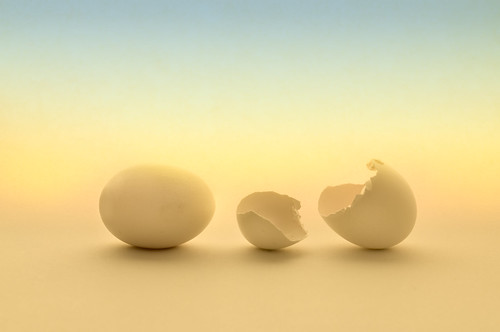 This is a photo I created for my upcoming book Creative Close-Ups: Digital Photography Tips & Techniques. One of the parts of the books explains both the Zen and the nitty-gritty techniques of the still life photographer.

I’ve had many requests for a description of how I made this photo, so here goes in a “sneak preview” from my book.

I placed a whole egg and the egg shell from a second egg on a slightly transparent white seamless paper background. The image was lit from behind the paper background by a strong late afternoon sun coming in through a window. I lit the eggs from the front by bouncing a 250 watt tungsten light off the white ceiling.

When I exposed the image, I was careful to focus carefully on the eggs and use a moderate aperture (f/8) for shallow depth-of-field, so that only the eggs would be in focus.

In Photoshop, I added the blue background seen towards the top of the image on a layer with low opacity. I used the Gradient Tool to blend the blue with the rest of the background.

The title I gave this photo, Evolution, also gets some comments, both positive and negative. As far as I am concerned, there is no great significance to this title. When I named the photo, I was following the example of surrealist Rene Magritte, who said that he had “no interest in making anything comprehensible” in his titles for his paintings. I was hoping to be evocative and mysterious rather than descriptive.