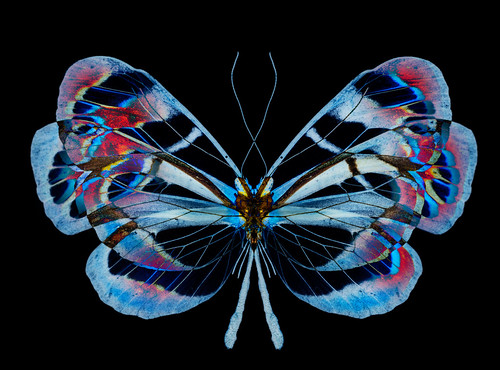 This started as a photo of a backlit butterfly on white. I then composited the butterfly with itself at a variety of magnifications, and used LAB inversions and equalizations. As I saw the motif of the wolf or coyote head in the middle of the butterfly emerge, I worked to enhance this aspect of the composition. 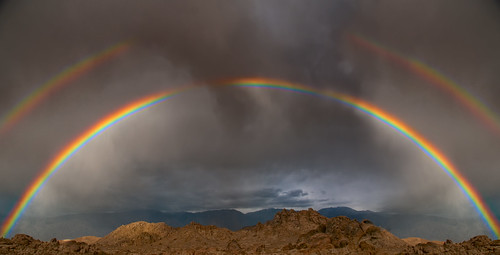 Not only was this Alabama Hills rainbow intense, it was also nearly complete. As in double wide. And double double. Best seen larger in all its double-double, double-wide glory. 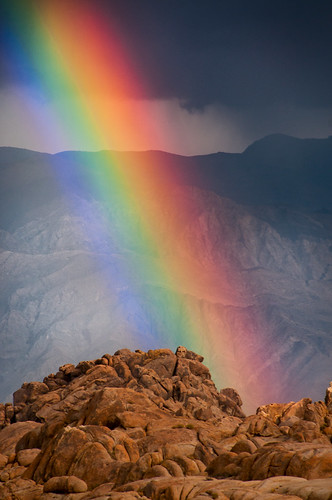 So the number one trick with rainbows is to be there with your camera when there is a rainbow. Rainbows need rainy weather—or at least clouds that are loaded with moisture—and sunshine. So days with rain that stops and starts are good bets, as is a storm system that is coming to an end. Don’t forget the sunshine part of the equation: it’s as important as the clouds.

You also want side lighting. I rarely see strong rainbows on the axis of the sun. These things are formed when the sunlight strikes moisture in the clouds, revealing the prismatic refractions that occur when light travels through the curvature in raindrops. For example, in this shot sunlight was coming strongly from the right, out of the photo.

The angle of light that creates rainbows is perfect for a circular Polarizing filter. When I see a rainbow forming, I almost always pull my Polarizer out of my bag. If I rotate the Polarizer, depending upon the rotation, the rainbow almost completely disappears—or becomes much stronger, with richer colors. You can bank on adding some zip to a rainbow’s colors using a Polarizer—it’s about as close to a sure thing as you get in landscape photography.

As I explained in the linked story, this rainbow was a bonus feature during last month’s night photography workshop in the Alabama Hills. After a while, you get a nose for rainbow weather—and rainbows certainly seemed likely on the day I shot this one. If you join Steven and myself for next year’s workshop (tentatively scheduled for November, 2011) who knows—we may see another rainbow! 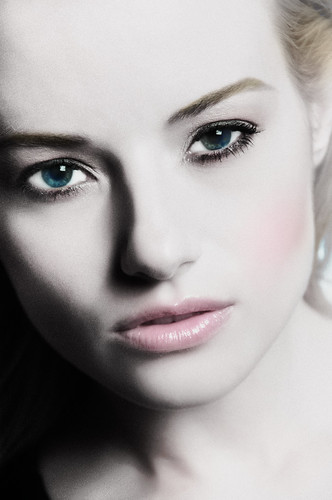 I think this shot of Gabriella was a little too bright and contrasty because the soft box was dialed up too much and a bit too close to her face—on the right side of the image you see here. But looking at the RAW file, I liked the way this high key portrait showed the lines in her face, making it almost like a mask. So I processed the photo to emphasize this effect, essentially desaturating it then adding back in selective color in the eyes, lips, a bit of blush on her cheek, and some color in the hair line. One more take on virtual, digital make-up! 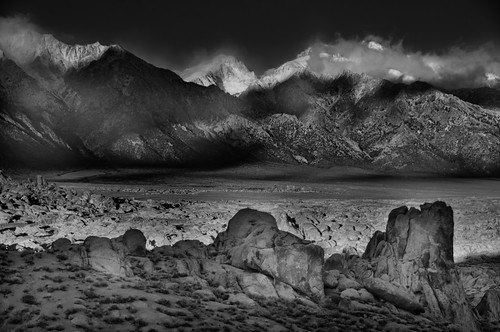 Do you miss the colors of sunrise in this landscape shot taken in the Alabama Hills above Lone Pine, California last month? At first I thought I might—then I saw how the absence of color evokes more memorable color connections that the color itself ever could.

Monochromatic conversion mostly accomplished with the High Contrast Red preset applied as a Photoshop B&W adjustment layer. For comparison, here’s a link to a color presentation of a shot taken at about the same time, showing dawn at the Alabama Hills with Mount Whitney behind. 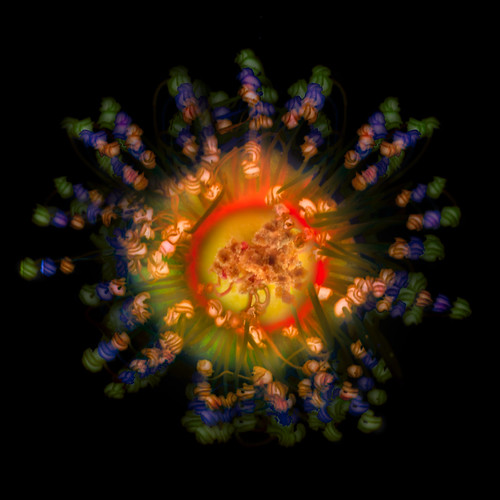 This is Photoshop art, created from the photo of a rose hip and seeds shown below. I photographed this rose core on a light box, surrounded by a light tent to provide diffuse, shadowless lighting.

Pretty far from what I shot, but kinda cool, huh? 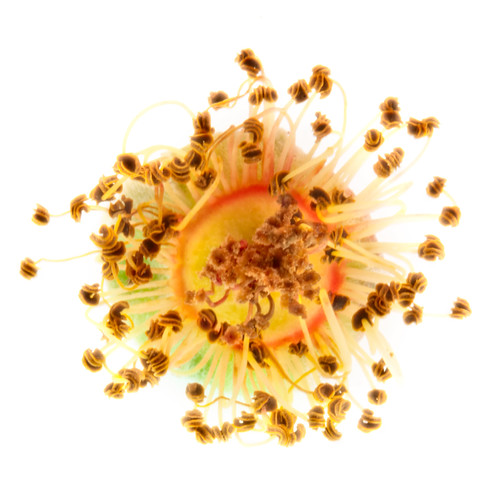 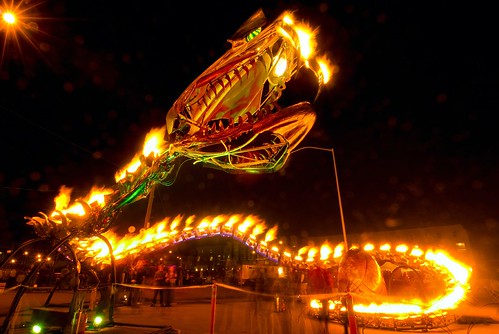