Not a pretty face

Not far as the crow flies from the glamorous and scenic parts of San Francisco lies a moldering waterfront south along San Francisco Bay. The structures look like they belong more to Detroit and the Rust belt than they do to San Francisco. 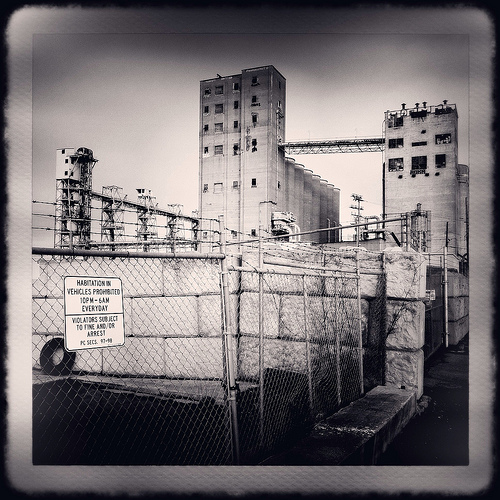 An occasional luxury condo building appears within the zone of shoreline decay. China Basin, India Basin, Hunts Point—you can feel these areas holding their collective breath just waiting for the infusion of massive renovation funds. In the meantime, the ordinary affairs of the dislocated and the 99% continue. As evidence, the sign shown in my iPhone photo prohibits living (“habitation”) in one’s vehicle during the hours of the night (10PM – 6AM) “Everyday” [sic].

This entry was posted in iPhone, San Francisco Area.