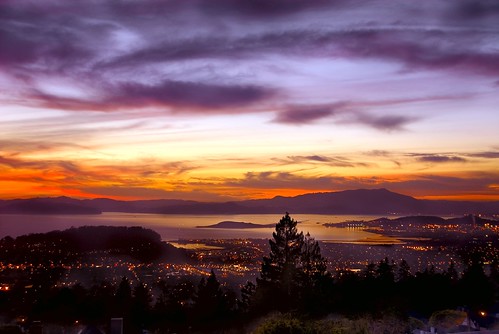 It was a beautiful evening yesterday, with a hint of the day’s fog still in the atmosphere. I had my eye on a house about half a mile up the hill from us that looked like it would have a wonderful view of the Golden Gate and the rest of the San Francisco Bay. They’d recently under-grounded all the power and phone wires in the area, so this view was newly unobstructed.

I drove up to this house, parked my car, and rang the bell. They were very gracious about letting me set up my tripod, stay as long as I liked, and take as many pictures as I liked.

The view of the Golden Gate was great, but I also liked sunset towards Richmond and Mount Tamalpais (above).

I was getting ready to pack up when I turned around and noticed a great big moon rising over the Berkeley hills (below).

Each RAW capture was incorporated in the image in Photoshop as a layer. I used layer masks and a Photoshop Paintbrush to blend the various layers of the image to get the effect I wanted.

All in all, the end results are closer to the way things appeared to me than any single capture would have been, however well processed. I think you’ll really be able to see the increased exposure range in these images if you look at each in their larger size. 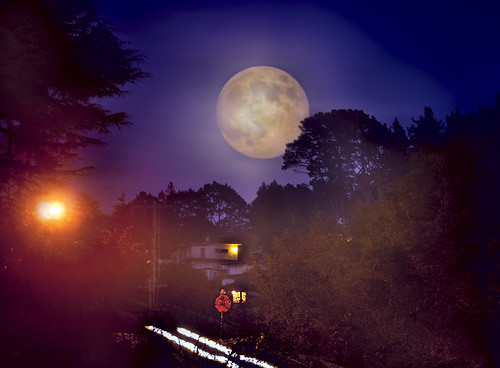