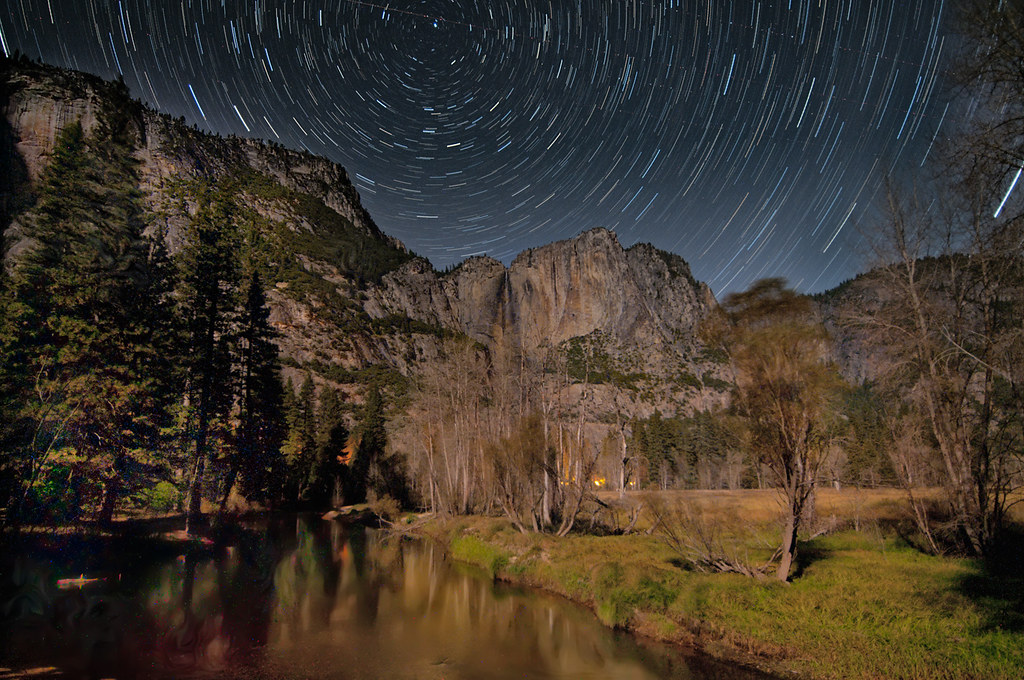 On a balmy autumn night in early November I treated myself to a good dinner at the Yosemite Lodge restaurant. Then I headed out into the Yosemite Valley night with my camera, tripod, and intervalometer.

This image was made from the Swinging Bridge, facing back towards Yosemite Falls and Yosemite Village. I combined different exposures for the foreground and for the stars. Yosemite Valley was lit by moonlight, which helped make the foreground exposures possible.

The landscape in the foreground was made from an HDR blend of three exposures, shot at roughly one minute, two minutes, and eight minutes. The star trails in the sky were created from 21 exposures shot at one minute, and then stacked. I combined foreground and background in Photoshop using a layer mask and the Gradient Tool.

It’s striking to me that the moonlit landscape in the foreground has as great a dynamic range as daylight shots. Looking at the eight minute exposure, bright areas like the cliffs and meadows that the moon lit touches are bright. But the shadows below the trees along the Merced River are still deep and inky in their blackness.