Mono Lake Is for the Birds and Brine Flies 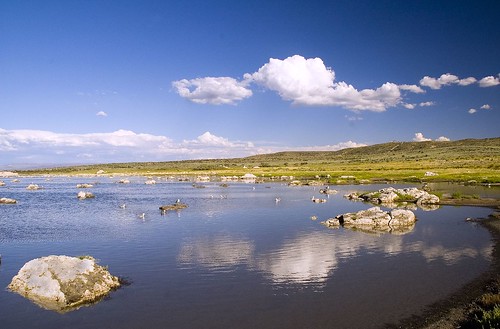 After our time in Yosemite Valley, watching the sunset from Glacier Point, floating down the Merced, and much more, Julian and I headed over Tioga Pass.

Along Route 120, we stopped to climb out on Olmsted Point for a view of Half Dome from above and took a swim in Lake Tenaya. I took the turn-off for Saddlebag Lake, and found Julian a snow bank to play in. He spent a couple of hours rolling in the snow, throwing snowballs, and so on! It’s amazing how much fun snow is to a kid who essentially hasn’t seen it before.

By the time we reached Lee Vining, it was dinner time, so we had ribs – Julian’s favorite – at the canonical place.

Next, we headed for the shores of Mono Lake, and wandered for a couple of hours until the sun started to set amid the tuffa, birds, and brine flies – peaceful, harmless creatures used by the Paiutes as a protein source. 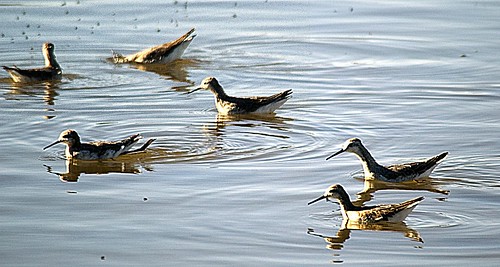 This entry was posted in Kids, Landscape, Photography.