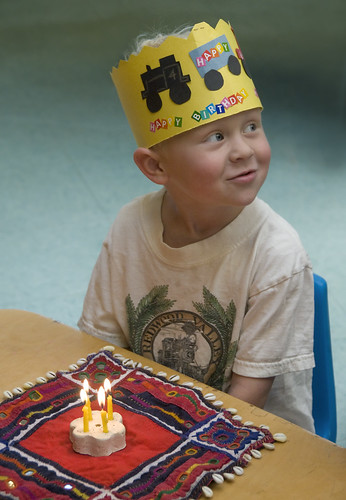 Mathew at Step One, photo by Harold Davis.

Yesterday was Mathew’s fourth birthday. Despite the stress of Katie Rose’s birth, not to mention our commutes back and forth to the NICU in San Francisco, we want to be sure that the other kids don’t feel forgotten. So we did many of the normal birthday things with Mathew, but in a lower key.

This photo shows Mathew upside down (I flipped the photo after the fact): 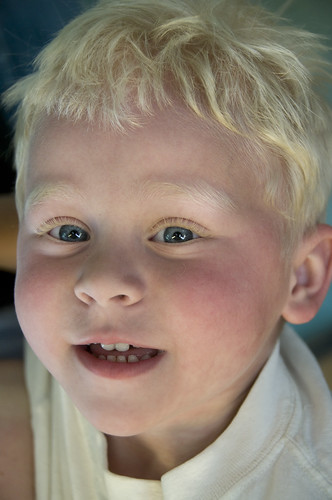 Mathew had three birthday parties, two at Step One, his pre-school. I took these photos at one of the Step One parties. 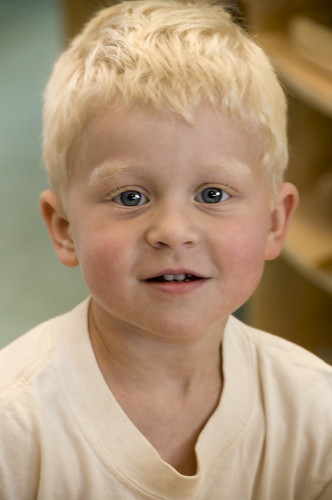 Then we had a small party at home with just his brothers and his Grandpa Martin. There were presents and cake, of course, and we marked his height on the wall (he’s taller than his brothers were at his age).

Funny thing: Mathew and his brothers were happier at this small scale birthday event than I’ve seen them at larger extravaganzas. It was certainly easier on us.