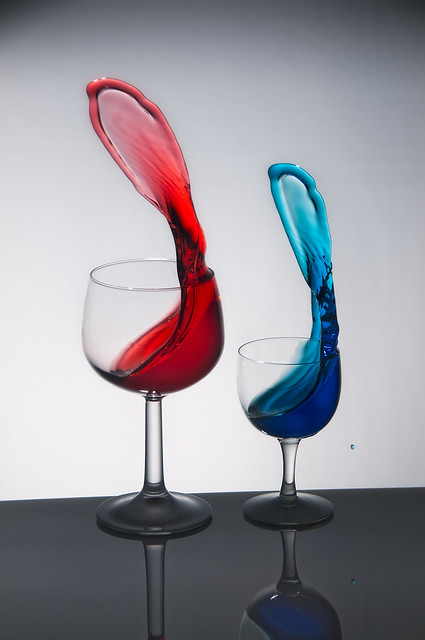 This is a shot taken in Scott Dickson’s garage. In the grand tradition of American garage tinkerers, Scott has constructed a number of devices used to create stop-motion photos involving liquid. In some cases these gadgets were built using parts from toys his kids have discarded such as K’nex wheels.

To make this photo, the glasses were filled with colored water (using food coloring) and placed on a sliding table. When the table was released, it triggered a time delay circuit that then fired a strobe at the moment the table hit a barrier—which sent the liquid up in the air.

As in much of photography, timing is everything: if things were working as they were supposed to, the strobe fires just as the liquid flies, as in this photo.

This entry was posted in Bemusements, Photography, Still Life.