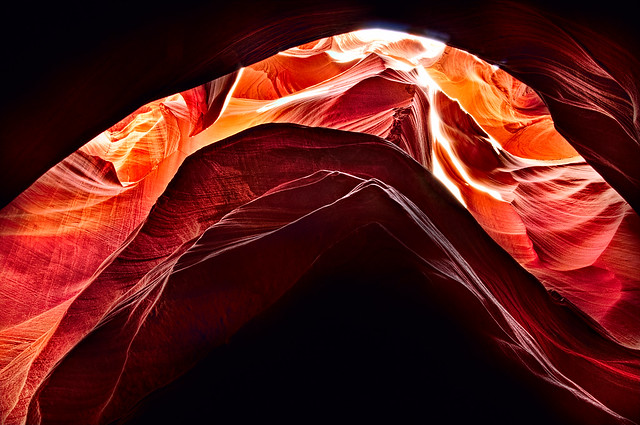 One direction photographers often don’t think to point their cameras is straight up. Sure, we include sky and mountains at the horizon line in many of our photos, and tilt the camera upwards. But straight up? How many times have you actually shot this way? Not many, I’ll bet.

But as this photo shows, there can be surprising visual rewards in looking up. The unusual point of view can disarm viewers of this kind of image, and show them things in a new way—which is always one of my goals as a photographer.

Another straight-up shot that works well I think is the monochromatic image of a tree shown below.

In architecture, looking up with a wide angle lens can have the effect of flattening internal spaces—and, once again, presenting a view that is not often seen, as in this shot of the dome within San Francisco City Hall.

In the fisheye straight-up shot of Upper Antelope Canyon near Page, Arizona at the beginning of this story I had my camera on a tripod and fired a sequence of five bracketed shots, with the idea of combining the exposures to create an HDR effect.

The results you see a partly a blended HDR image created from the various exposures, but I also decided the image was more effective visually with a very dark border. Even though I had the entire scene captured within an easily usable tonal range, I intentionally decided to keep the top and bottom edges almost black—to create more of a sense of contrast, and (hopefully) wonder. 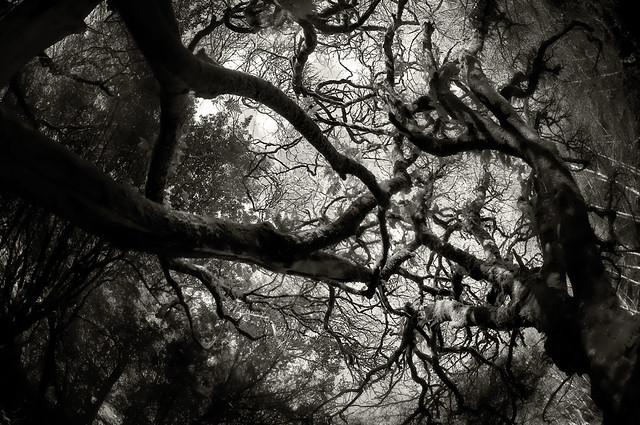