Work on St Vitus’s Cathedral, which is situated within the Prague Castle, began in 1344, and wasn’t completed until the 20th century. St Vitus contains the Czech crown jewels, and the tomb of Good King Wenceslas. There’s also a great tower to climb.

If you go, admission to the tower is separate from the Cathedral, and there are 287 steps to the top. Note that St Vitus’s Tower is distinct from the Dalibor Tower, which is also within the Prague Castle. The Dalibor Tower was used as a jail and torture chamber. Some guide books say that the phrase “singing like a violin” is said to come from the eponymous Dalibor, a nobleman and enemy of the king, who supposedly played his violin for food while imprisoned in the tower. However, according to the signage within the Dalibor Tower, the truth seems to be that Dalibor’s screams whilst being stretched on the rack gave rise to the musical comparison.

But I digress. The views from the top of St Vitus’s Tower, both of Prague and of the cathedral itself, are spectacular. 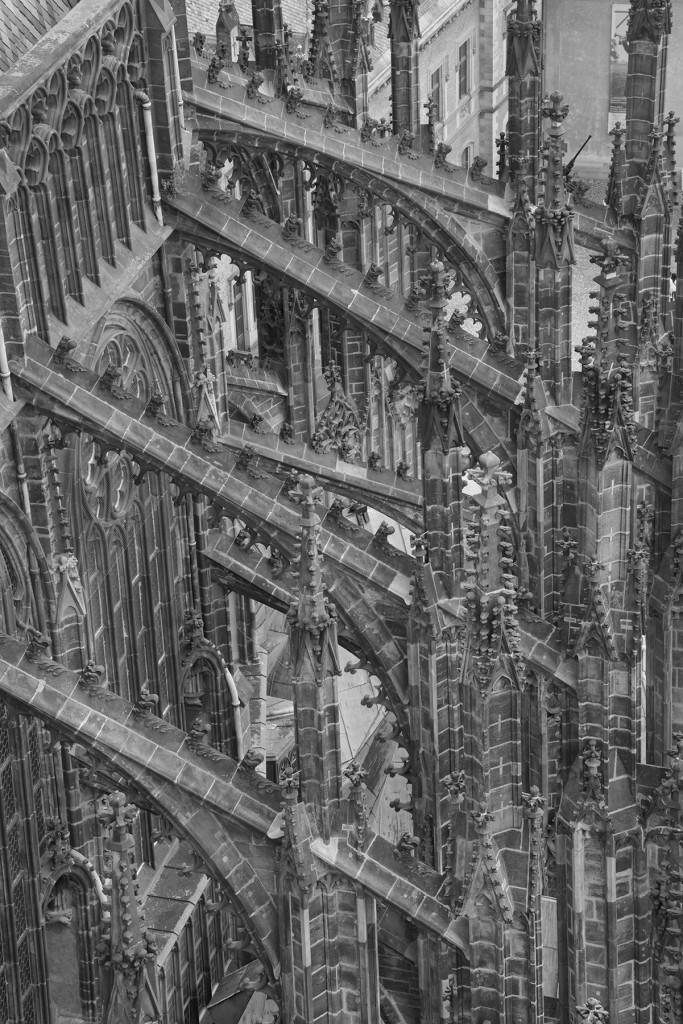 Related story: The Spires of Prague.