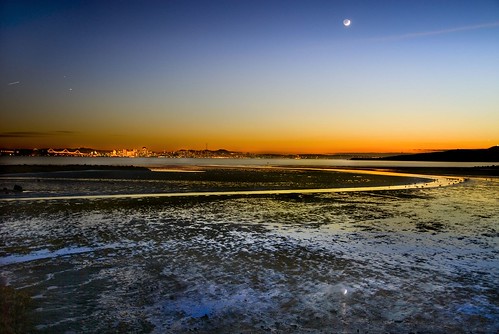 We seldom stop to think that a great deal of San Francisco, East Bay, and the cities around the San Francisco Bay are built on reclaimed marsh land. Or, more accurately, tidal flats.

At the fringes, tidal flats survive that haven’t been built on, where the marshes survived the initial urge to fill-in and build, where they were marginal land used for dumping like the Albany waterfront, where they survived long enough to be saved as park.

These oozy, stinky, beautiful spaces are filled with birds and are great places to photograph sunset and moonlight reflected in the slimey mud flats.

These images are from a few days ago. They are taken from the tidal flats slightly north of Point Isabel. 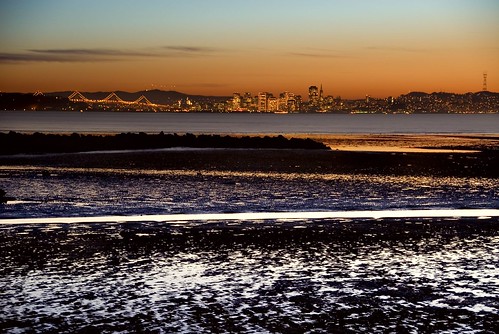 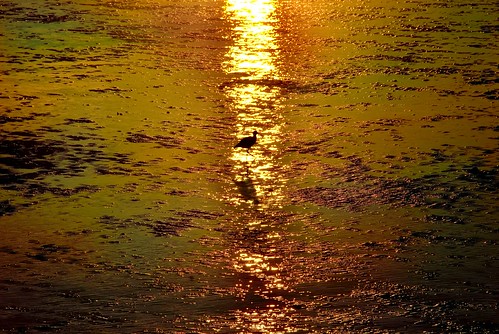