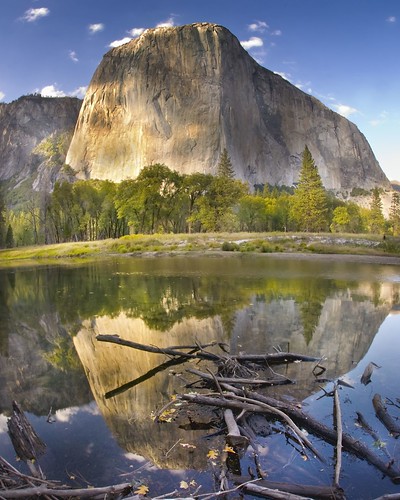 Julian, Nicky, and I left Berkeley after their visit to the dentist and lunch on a Thursday in early October. Despite road work, it was a fast trip, and we came into Yosemite Valley just before sunset. We stopped at a pull-out on the valley floor and made our way over to the Merced. The kids played on the banks and I set my tripod up and tried to capture reflections of El Capitan in a backwater.

I made quite a few exposures, but the ones with good reflections cut the top of El Capitan. For the heck of it, I tried some fisheyes. The horizontal compositions ended up looking pretty weird, a world-in-a-bubble effect, but I like the way this vertical fisheye shot came out.

We’d been planning to spend a few nights in the valley, and then head over Tioga Pass for the Eastern Sierra and Bodie. But mountain snows closed the route, so we came home early instead. Perhaps just as well. The kids had fun trekking around Yosemite, but they were ready for home. 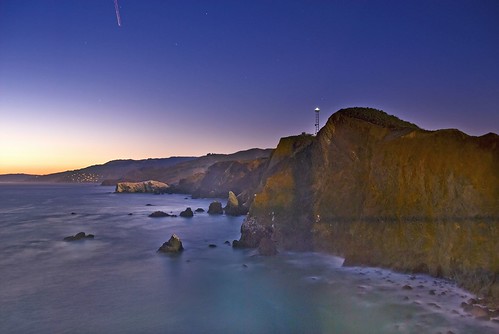 This photo shows the Marin Headlands landscape just after dark from the Point Bonita Lighthouse. Mark and I were lucky enough to be able to photograph from the lighthouse after sunset last week on a docent-led photo tour. The shadow on the massive cliff is of the walkway over to the lighthouse, and the lights in the distance are Muir Beach.

I’m using this photo to mark roughly my 1000th post on Photoblog 2.0. Literally, this is post number 1004, but I have deleted a few posts now and then. So, roughly, a millenium of stories and photos. And, by the way, my photostream on Flickr just passed the quarter of million views mark (yes, that is 250,000!). So, welcome the new millenium. 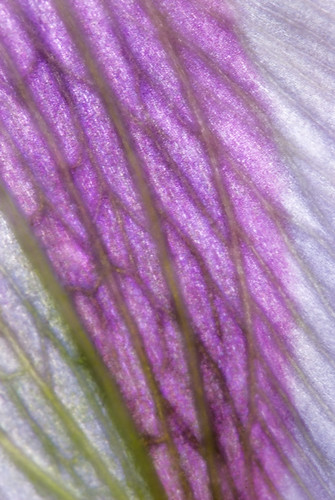 This is an extremely close up of a translucent alstromeria petal. It reminds me of soft stained glass.

Sunshine of the Flower Mind 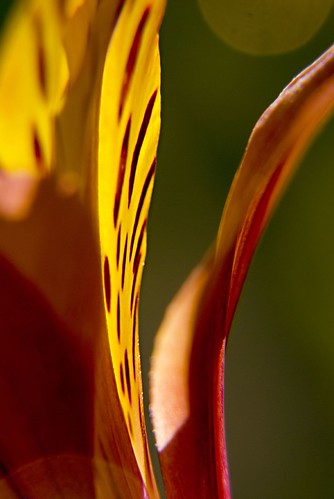 Sunshine of the Flower Mind, photo by Harold Davis. View this photograph larger. 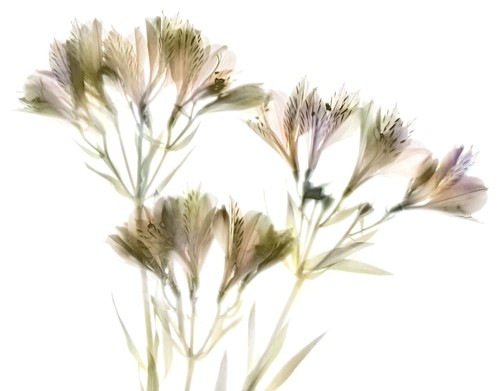 I’ve never blogged this photogram of a Peruvian Lily (Alstromeria), and looking at it again I think it’s worthy. 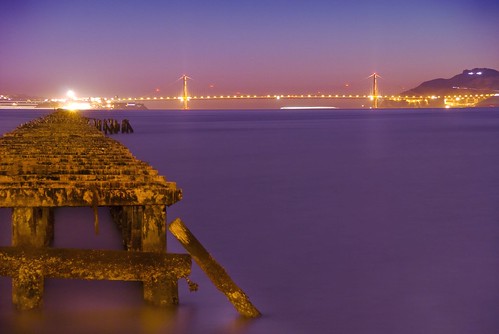 Last night was balmy and almost tropical on the Berkeley Pier, as Mike and I took pictures of the Golden Gate. This was my last exposure of the evening, at a bit over three minutes. 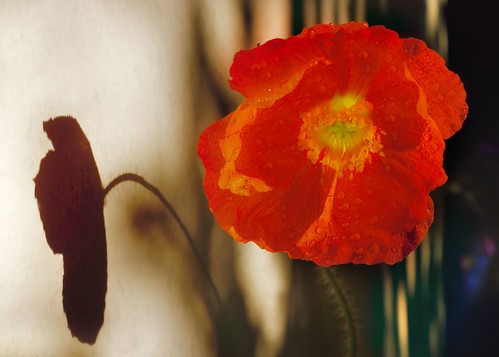 This orange Papaver nudicaule is a companion piece to yellow Papaver and Shadow. 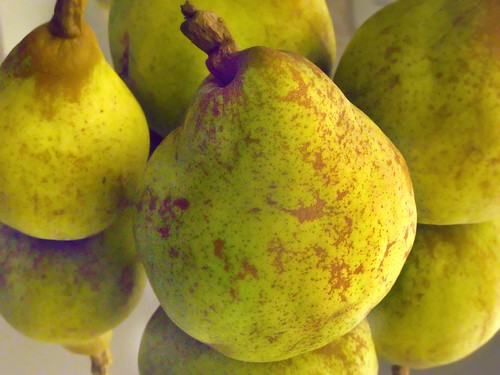 This is a photo of pears from our garden. I took the image with my new Canon Powershot G9. For a “toy” camera (and I mean no disrespect), the G9 makes beautiful captures at an impressive 12.1 Megapixel capture size.

I’ve been experimenting with the idea that noise can be beautiful. Just as film grain could be used for aesthetic purposes in the days of analog, noise can be used visually in the digital era. I shot this photo at a high ISO, expecting plenty of noise. Actually, the noise wasn’t as extensive as I had expected, and it was qualitatively attractive noise at that. I post-processed, using the Noise Ninja Photoshop plug-in, for the noise selectively, allowing the central pear to stay relatively noisy, and smoothing the edges of the image.

Obviously, at f/8 there’s more depth of field because of the sensor size than I’d expect from my dSLR (see Sensor Size and Depth of Field).

It’s remarkable what you can do in post-processing. Compare my original conversion from the RAW of my Yosemite Dreams (far below) with a more recent version (immediately below) I created in Photoshop for a special project. (There’s actually no comparison to either version with the far duller look of the original RAW file that appeared when I first looked at it with default settings in Adobe Bridge.) 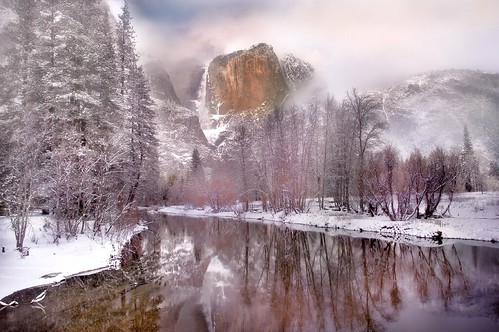 These file versions go a long way to confirm my contention that digital photography is an entirely new medium, one part photography and one part digital manipulation. Photographers who ignore the “digital painting” aspect of this new medium do so at their own peril, as do digital technicians who ignore the need to take great photos in the first place. Those who critique the new medium based on the aesthetic of the inviolate unmanipulated negative are truly lost in this brave new world. 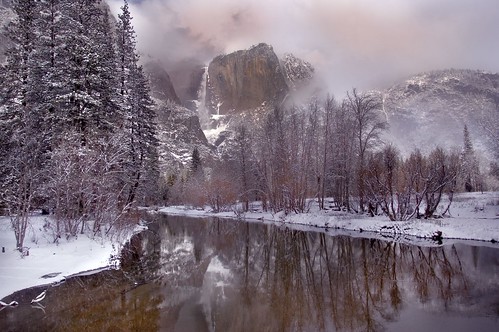 For a long time I resisted the metaphor from silver halide photography that “the RAW file is the negative” and the final version is the print. A reason for my resistance is that the metaphor doesn’t completely work: a post-processed photo is not a print, it is a file that (theoretically) many literal, physical prints can be made from.

But there’s a significant kernel of truth in the metaphor: using the power of the “digital painting” it’s possible to make many different end-result images starting from a single RAW capture.