This is a shot of the Whitney Crest of the High Sierra from the Alabama Hills at sunrise on an autumn morning. Pockets of snow and fog linger in the high country. Here’s another image from the same vantage taken a little later—and also cropped differently. Another variation is a view of the scene in black and white.

In keeping with family tradition, Katie Rose and Phyllis check out an advance copy of The Photoshop Darkroom 2: Creative Digital Transformations. The publication date for the book is February 15, 2011—so copies should be available in a month or so. 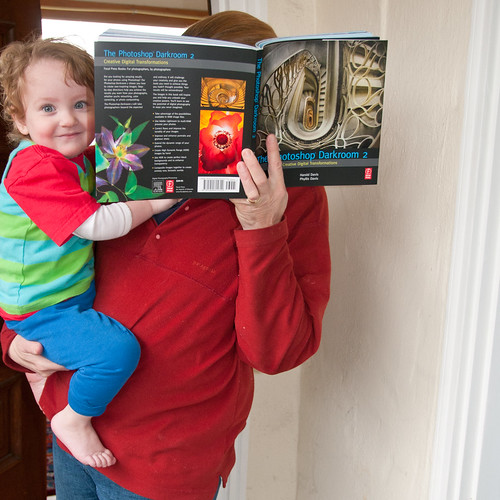 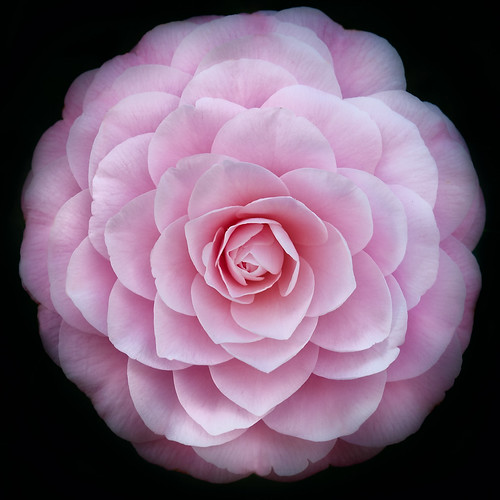 I shot this Camellia japonica “Nuccio’s Cameo” yesterday outdoors at Berkeley Horticulture—in what seems to have become something of a birthday tradition for me! Nicky was with me, eager to hold this lucious flower so that it would not sway in the breeze. 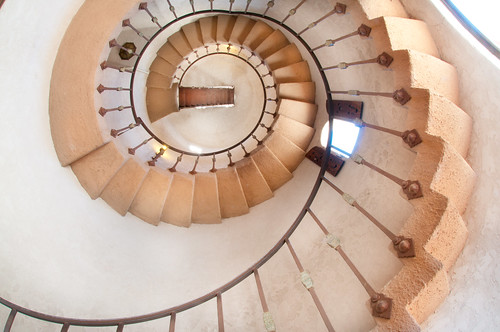 This is a shot looking up a spiral staircase in a tower at Scotty’s Castle in Death Valley National Park. I used a fisheye lens to maximize the spiral effect of the stairs.

Scotty’s Castle is a folly built in the desert in the 1920s, now a tourist attraction. Steven and I met there on our way to the Racetrack. I never expected to find anything interesting to photograph at Scotty’s Castle—which goes to show that if you are open to the unexpected you never know what you’ll see.

Here’s the black and white version of this photo. 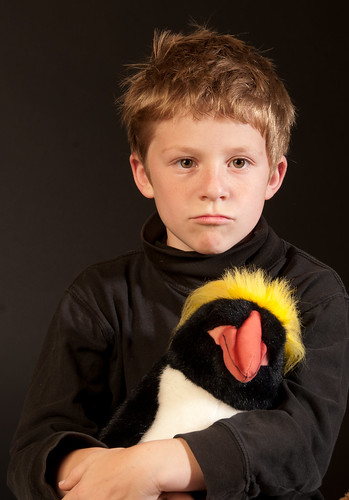 To get this portrait of Nicky, I asked him to make an expression like that on his plush Penguin. 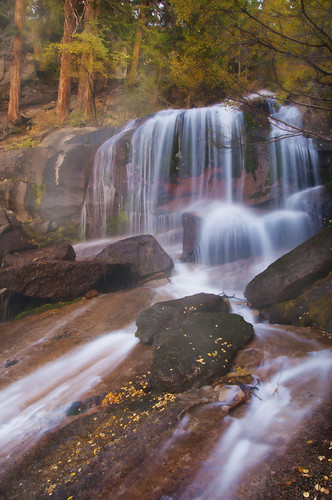 This is an image of Lone Pine Creek near Whitney Portal taken in late October. I used eight different exposures to compose the image. This enabled me to capture a wide range of tonal values, and also to vary the blur caused by water motion in different areas of the final combined image. 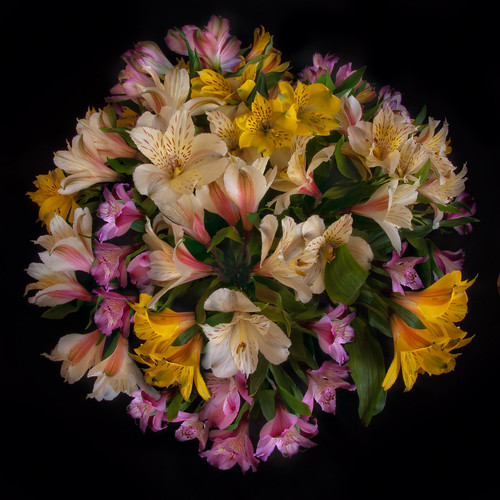 I photographed this handsome bouquet of Peruvian Lilies—Alstromeria—straight down with a fisheye lens with the idea of creating a round world effect using the flowers.

Fisheye close-ups of flowers are surprisingly difficult to pull-off from a technical perspective. Here are a couple of other shots that I think work: Lensbaby Fisheye and Passiflora. Here’s another cool shot of Alstromeria—they are beautiful flowers indeed! 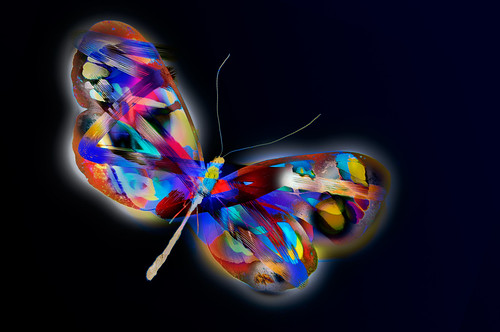 Not exactly an Egyptian cartouche, this butterfly joins my collection of digitally painted butterflies:

By the way, Wings of Man was awarded a prize by the North American Butterfly Association. You might also be interested to know that Butterfly Totem comes from the same base photo as the one in this story! 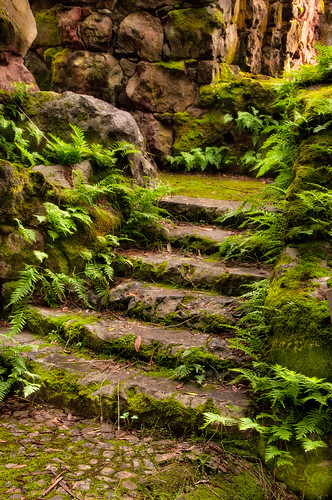 Over the school break I took the kids up to visit Jack London State Historic Park, near Glen Ellen in the Sonoma Valley. The shot above shows the back staircase of Wolf House, London’s dream mansion. The place is well worth visiting, with a museum, the cottage that London’s wife lived in until the 1950s, and the remains of the model farm that London created.

Wolf House is in ruins, and it burnt down before Jack London got to live in it, under mysterious circumstances. You approach it with a hike of about a mile, and are surprised by the scale and ambition of the thing. It’s worth remembering the audacity of Jack London—no mere writer of adventure tales for boys, he lived life on a large scale, created a model farm along scientific principles with the aid of Luther Burbank (this was not the way people thought back in those days in California), had a stint as a quasi-pirate himself, was a committed revolutionary, and wrote a number of books aimed at adults that expressed his radical socialist ideology.

The museum in Jack London Historic Park expresses the gusto with which he lived life, and displays numerous momentos, such as a wolf pelt, aborigine spears, “real” boomerangs, and a model of the Snark, the sloop that Jack London used on San Francisco Bay to practice oyster “piracy.”

The shot at the bottom of this story shows a large California oak tree that’s on the preserved portions of the London model farm.

The boys became interested in Wolf House after reading a fictional account of magical deeds at the place in the Rick Riordan novel The Lost Hero. Surely Riordan set his scene well: the place does have a magical feeling to it.

In keeping with the kids appreciation of the place, and Rick Riordan’s take, I fancy that my stair photo is more about evoking a sense of this magic than it is about the literal place. 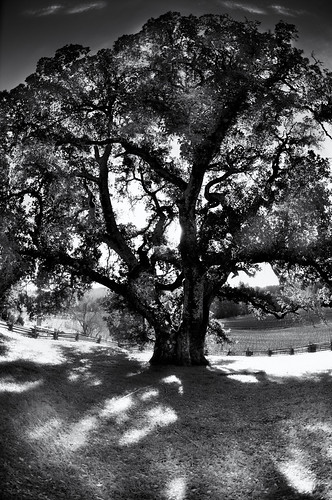 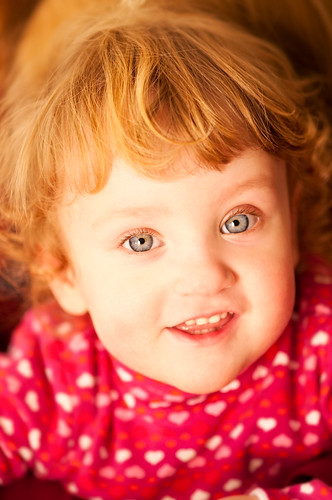 A potrait of Katie Rose seems a good way to start the new year, full of hope and new beginnings!