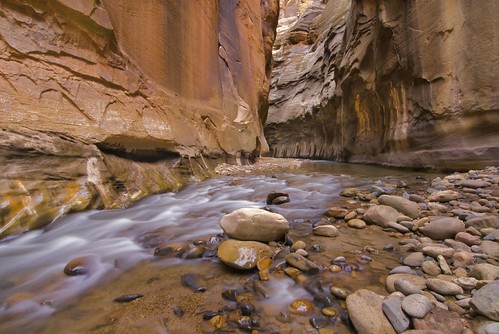 Looking up, the world is reduced to a crescent of sunlight between the cliff walls the river has carved over the eons of time.

Ahead, around the next bend, the river is a trail that you cannot lose. Follow upstream, clothing wet, water sloshing in your hiking boots, and who knows what you’ll find? 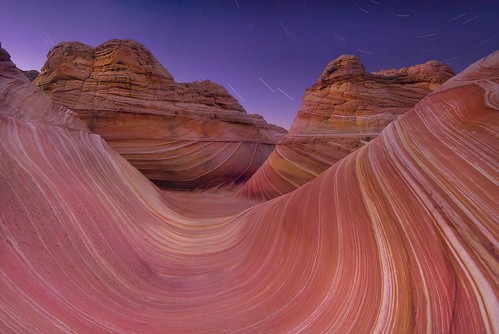 As dusk darkened to night, my exposures got longer and longer until the swirl trails of the stars echoed the swirls in the rock of the Wave.

To take this photo, I needed to wait until darkness out in the desert with the ordeal that was to come. But, I say, since all’s well that ends well, well worth it! 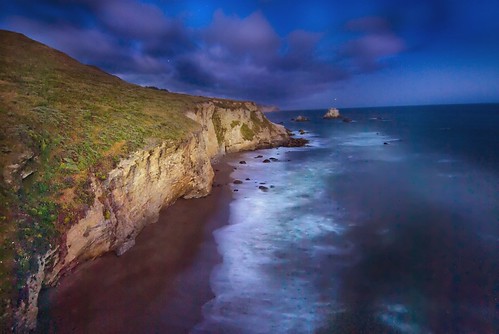 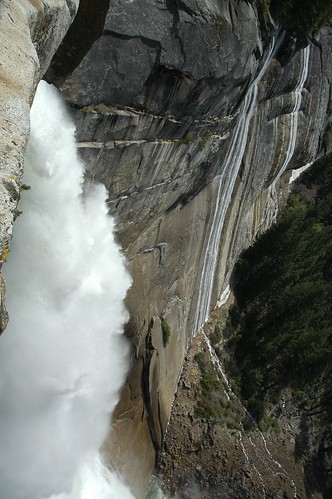 It’s a long way down from the top of Nevada Falls. It made me dizzy to take to take this photo.

I like the sense of being in some kind of bowl – in fact the geology around Nevada Falls has made a giant punch bowl of sorts. You can see the far edges of the “bowl” with the run-off waterfalls coming down in the picture.

An unusual amount of water due to the season and this wet, wet year in the Sierra.

I’m posting this photo from a trip I made a few weeks ago because I am getting so bored with working *for real* – it would be nice to be back in Yosemite.