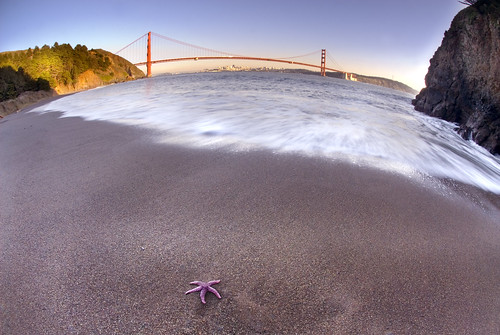 Kirby Cove lies on the Marin side of the Golden Gate. To get down to this beach you walk down a dirt road (it’s closed to cars) from the parking lot by the old fortifications above the bridge. Here’s an image from the fortifications themselves looking down on the bridge and here’s a PDF map of the Marin Headlands area.

If you plan to stay past sunset as I did, the hike back up in the dark isn’t too bad. But be careful of the treacherous waters of the Golden Gate. The tide can come up fast at Kirby Cove, and much of the beach shown in these photos is under water at high tide.

I found the starfish (above) in the rock alcove at one end of Kirby Beach. The tide was coming in fast. In the instant after my four second exposure completed, a wave rushed over where my tripod was standing. The glistening starfish happily followed the wave back into the waters of the Golden Gate.

I photographed the sequence below from a small bluff above the beach. As night fell, the exposures got longer, and more and more of the light came from artificial sources (the bridge and city lights, mostly). The final exposure of the series (on the bottom) was a thirty second exposure. If you look at it closely, particularly in the larger size, you can see stars in the sky. 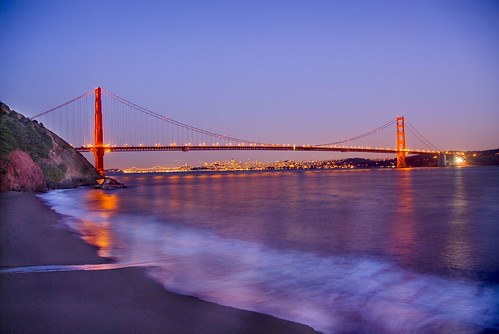 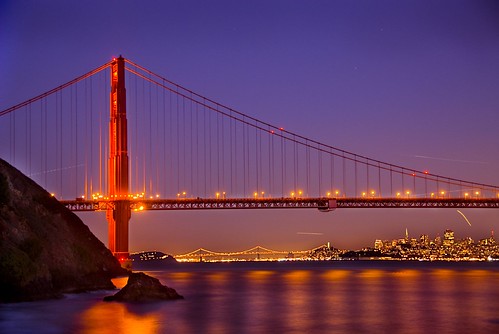 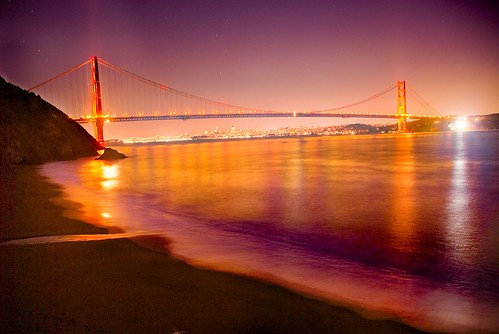