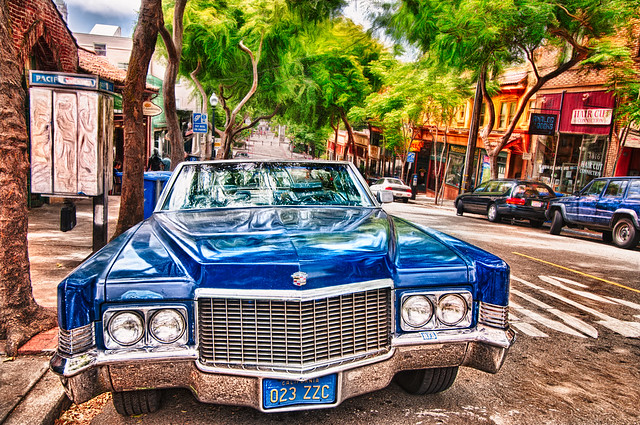 Over the weekend I spent some time with the kids wandering around and exploring the University of California at Berkeley campus, which is about half a mile from our home. We started at Northside, shown in this image, along Euclid Avenue.

The boys were hungry, and we were headed for a slice of pizza at Lavals. I managed to hold them off while I got out the tripod and fired off seven shots, bracketed by shutter speed, of this blue Cadillac.

The good news: there was a nice courtyard and passage with reflections for me to shoot while they scarfed down their slices.

I shot a number of sequences for HDR, and used a polarizer to amplify the reflections along the passage. 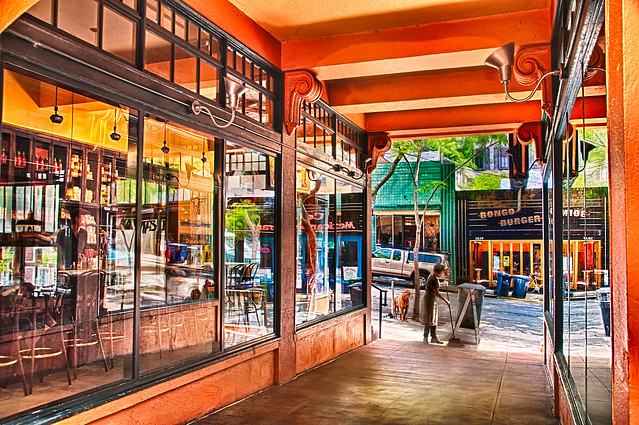 Both images were processed in a pretty straightforward fashion using Nik Merge to HDR Pro as a Photoshop plugin.