Lighthouse on the Hill

Back to the Far de Cavalleria, this time at night. Weather conditions weren’t ideal. The idea had been a Milky Way arch over the lighthouse, but clouds—with an occasional burst of lightning—covered the relevant portions of the sky. We waited in the wind, with hope against hope, and having some fun chatting, even if it was a bit breezy. In the meantime, when dealt a bit of lemon soup, why not make lemonade? 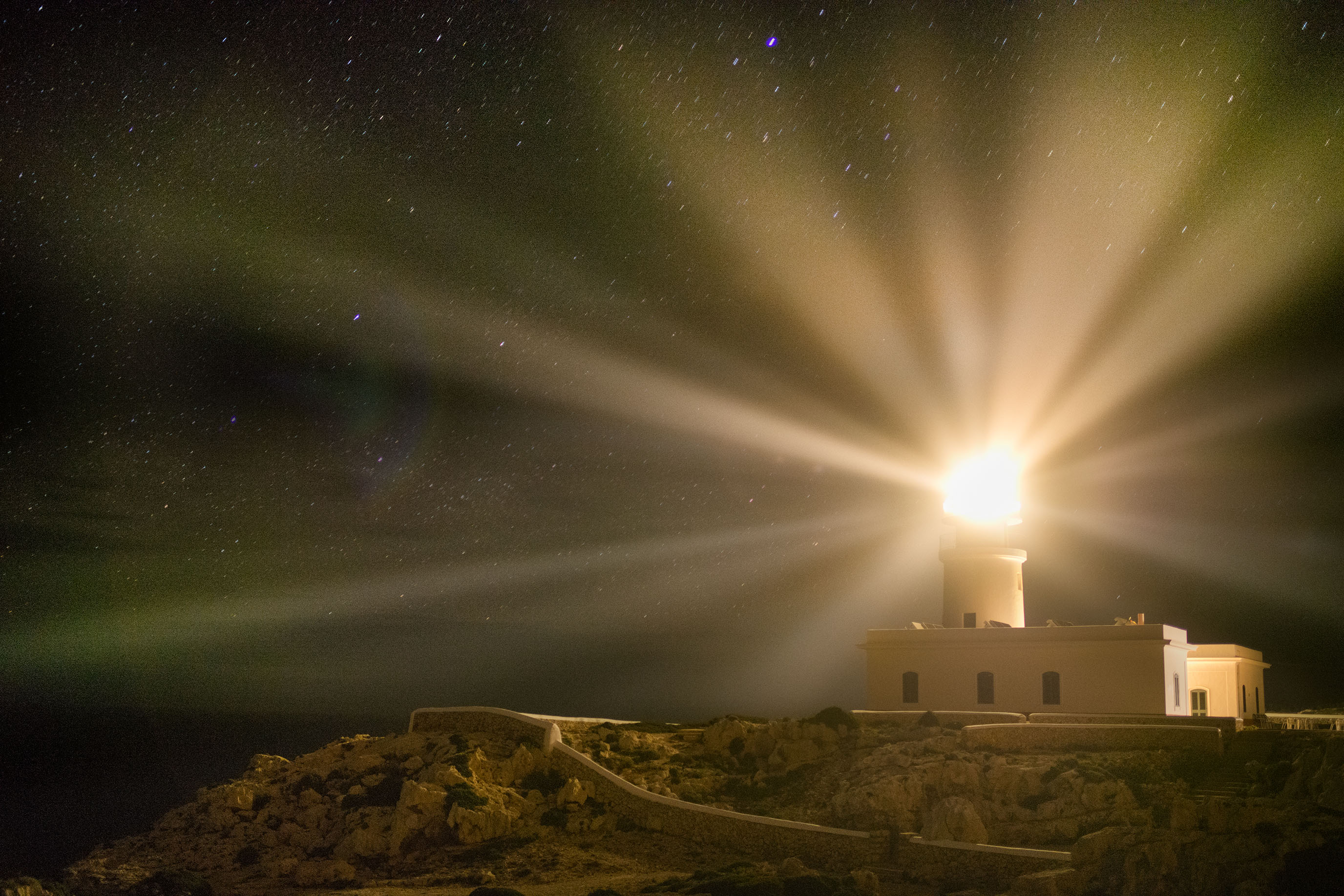 Lighthouse on the Hill © Harold Davis

This is a fairly technical image. I used sets of in-camera multiple exposures, ten captures per set, fired manually with my remote. The camera was steady on my tripod for the entire period of engagement, although I stood close-by to make sure there were no wind-related accidents!

I tried to time the capture for when the light beams from the lighthouse were in an ‘X’ formation. I experimented with exposures a bit, but roughly the EXIF per exposure was 1/3 of a second at f/1.4 and ISO 3,200 on my Nikon D850.

I used my Zeiss 35mm f/1.4 wide-open to “scoop as many photons” in as I could. This lens is optically strong enough even at f/1.4 that it is great to use at night.

In post-production, I took four of the best in-camera composites (so this means I was working with forty images). With each of the four composites, I processed them twice in ACR—once for the light beams, and once in a lighter pass for the night sky.

I combined each of the two versions of each of the four composites using a layer mask, and primarily a simple gradient.

I then stacked the four finished versions, using Photoshop Statistics set to Maximum mode. This overdid things a bit, and added too much in the way of star trails. So I went back to one of the four layered composites, then layered on top of it bits of the other versions, and also a few elements from the stacked aggregation.