The graceful curve of the interior of the Nautilus shell is beloved by artists, and has often been a subject of my imagery. The other day, I placed a slice of a Nautilus shell showing its spiral within a series of kitchen bowls.

X-Rays revealed the interior spirals within two intact Nautilus shells (below). An actual Nautilus shell before it has been sliced is pretty solid looking (as you can see in my photo of a whole shell on Flickr), but the x-rays don’t care about the outer, opaque casing, and reveal the inner spirals in all their glory. One of my best-known Nautilus images, Nautilus in Black and White,  was captured on a light box, the back lighting accounting for the inner glow at the core of the spiral. In post-production, I inverted in LAB color, swapping white for black and black for white, and simulating a black background in the image (below). 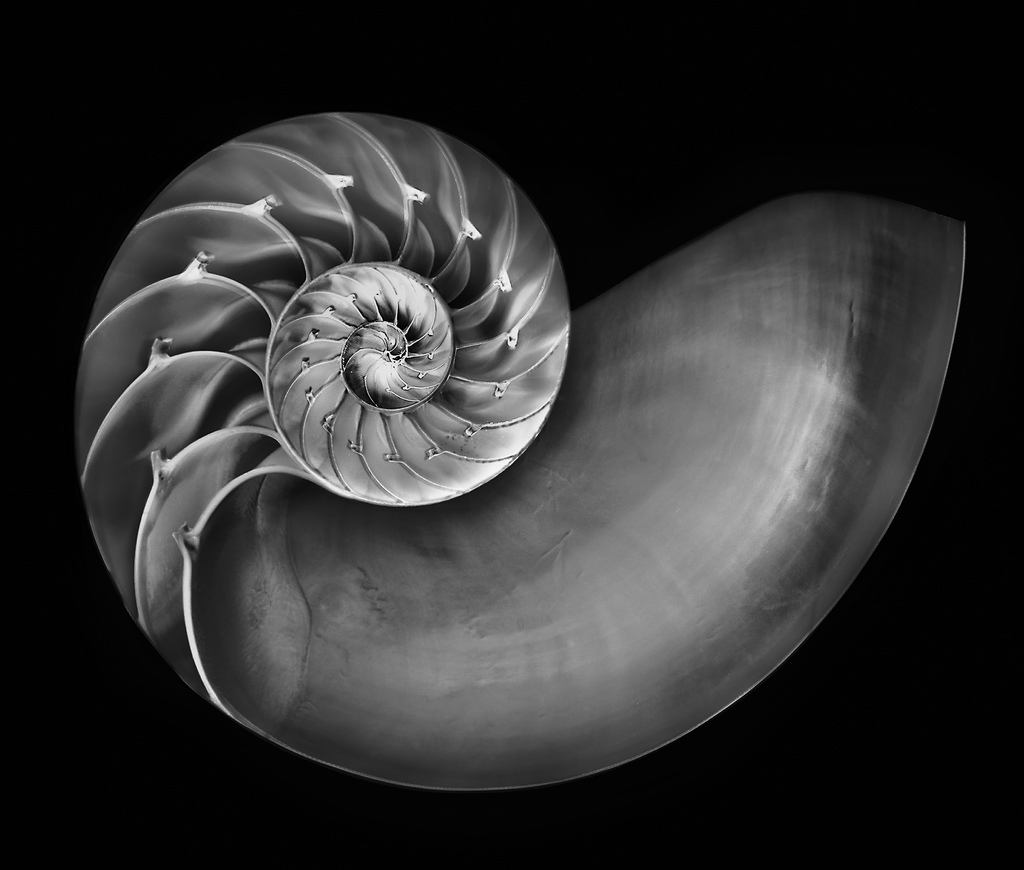 Another very well-known image of mine is a Photoshop composite in which a spiral staircase (from San Francisco’s Embarcadero Center) blends, apparently seamlessly, into an enlarged Nautilus shell spiral at the bottom of the stairwell (Spirals, shown below).