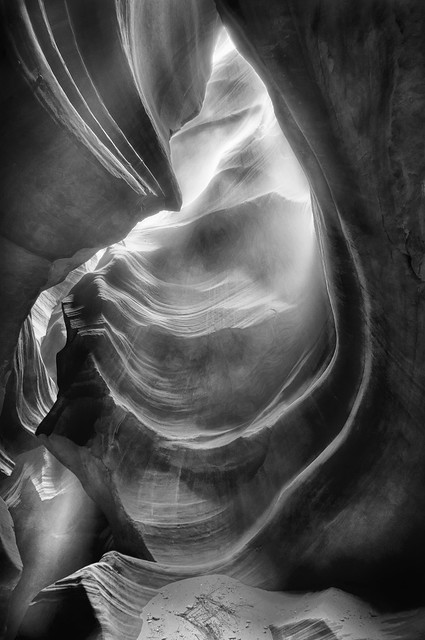 In Upper Antelope near Page, Arizona the sunbeams hit the slot canyon floor intermittently. Also intermittent, sand blew down in waves. The two conjoined in this 20 second exposure, with me wondering whether the risk to my camera from the scouring sand was worth the shot.

This entry was posted in Landscape, Monochrome, Photography.