Fifty Years after the Cuban Revolution 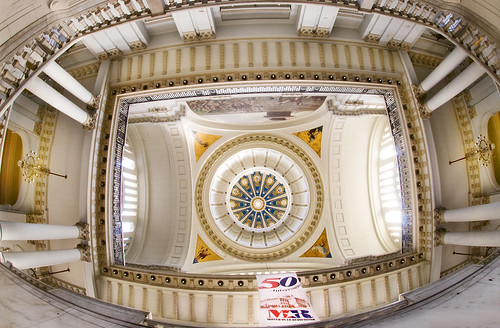 Prologue to a Revolution

On a humid and unseasonably hot day in March of 1957, forty-two men armed with sub-machine guns, carbines and automatic pistols crammed into the back of a small delivery truck. Two other vehicles, a Buick sedan and a Ford roadster, each with four armed men in shirt sleeves, accompanied the van. The assault on the Presidential Palace was on.

Inside the dark and hot van the men debated about contemporary art. One was a painter of realistic scenes. Another painted only abstracts. Comrades in revolutionary arms, they could not agree about the goals or methods of painting and bitterly fought the academic battle between realism and modernism. Another pair of men played chess on a small set by the dim light filtering in through the crack between the rear doors, with onlookers kibitzing in whispers.

At the Presidential Palace, dictator Fulgencio Batista waited in the Salon de los Espejos (the Hall of Mirrors), reading The Day Lincoln was Shot by Jim Bishop to pass the time. Brutal tyrant and pawn of the American crime syndicate, Batista knew the attack was coming, if not exactly when (he expected a night assault). In the corrupt climate of Havana it was impossible to keep a secret, and an informer had given the outlines of the conspiracy away in the torture chambers of Batista’s secret police. 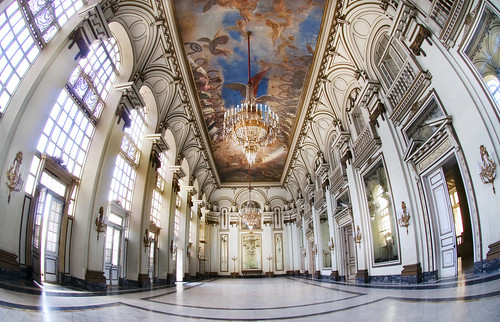 By the way, Fidel Castro had nothing to do with the assault on the Presidential Palace. At the time, Fidel was doing his guerilla thing in the mountains listening to the news on his scratchy short-wave radio. “Comrades,” he announced, “Something big is happening in La Habana.” He later deplored the action as a useless waste of human life.

Today, fifty years after Fidel toppled Batista from power, the elegant Palacio Presidencial, with interior decoration by Tiffany, has become the Museo de la Revolucion. Inside the Museum of the Revolution there’s no sign of the brutal struggle that raged on the symmetrical marble stairs beneath the Tiffany dome. But out the backdoor is the second half of the Revolutionary Museum, with artifacts from the revolution treated with the reverence normally reserved for relics associated with holy saints. Here you’ll find the delivery van the rebels used in their attack on the Presidential Palace, each bullet hole lovingly coated and painted to preserve them against the oxidation that is normal to the climate. 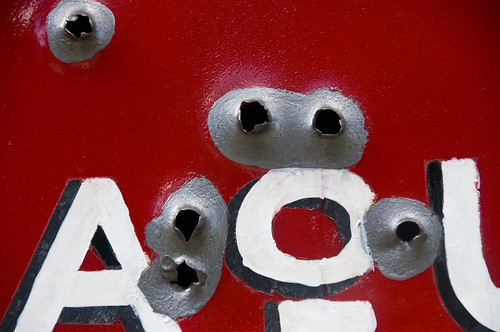 You’ll also find an entire ship preserved behind glass. This is the Granma, the boat that brought the Castro brothers, Che Guevara, and other revolutionaries to Cuba from Mexico in 1956. Purchased for $15,000 from an American couple, the Granma left Tuxpan, Mexico with 82 men and a cache of arms.

It was a terrible trip, plagued with confusion about which way to go, sea-sickness and overcrowding. The engine broke down, and needed an overhaul at sea.

Arriving later than expected, the Granma missed the expected rendezvous point, and landed in a swamp. The beached Granma was spotted by a government plane, and the expedition was betrayed by the party’s guide. The few survivors tried desperately to stay alive. Guevara attempted to extract water from a puddle with his asthma apparatus. Castro, alone with two of his men, sucked sugar cane stalks and hid in a cane field for several days.

It is nothing short of a miracle that from this inauspicious beginning came a successful revolution. Miracles are associated with beatitude, and beatitude with holy relics. It fits the pattern to see the Granma at the Revolutionary Museum, polished to the nines—one of the few things in Havana with fresh paint that isn’t deteriorating—sitting under a crumbling roof near the bullet-pock-marked delivery truck, the tank Castro used during the Bay of Pigs invasion, and other relics. The truth is that the level of organization shown in both the Granma expedition and the assault on the Presidential Palace was pretty Keystone cops. Woody Allen had it about right in Bananas.

The exhibits in the Museum of the Revolution start on the third floor, in the former Presidential suite that Batista fled to when the rebel assault came. Behind glass cases you’ll see documentation of the incredible brutality of the Batista regime, and detailed diagrams of the battle plans of various rebel operations. Some cases include guns the rebels used, the boots they wore, and the radios they used. Captions are in Spanish and (very) fractured English.

In one open room there’s a life-sized diorama of Che Guevara and Camilo Cienfuegos in the Cuban jungle. I had the feeling that if the technology had been available and affordable this would have been animated with the sounds of the jungle and distant Batista aircraft bombardment, smoking pistols and all, like something Disney would do. 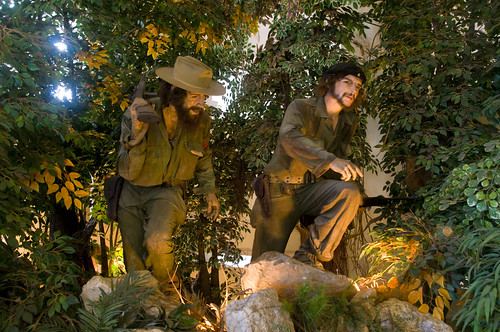 Diorama of Che and Camilo in the “jungle”. View this image larger.

Castro seems to have had a penchant and knack for converting his military commanders with prestige that might rival his own into martyrs. It’s well known that Che went (or was sent) to Bolivia, where he was ambushed. What are purportedly Che’s bones now rest under a monument near Santa Clara, Cuba.

Che’s visage is a visual constant in modern Cuba, and each year a new Che calendar is seen everywhere. The hagiography of both Castro and Che benefits greatly from the great photography of Alberto Korda, Castro’s staff photographer; although Che does not rate highly in my book as pin-up material, apparently there are those that think otherwise.

Camilo is less well known outside of Cuba than Che. One day in Havana I witnessed long lines of school children and soldiers marching down to the harbor to drop white flowers in the ocean in memory of this martyr, one of the most important revolutionary warriors, dead more than fifty years.

The story I heard in Cuba was that Camilo had been ordered in 1959 to fly to return with a traitor [presumably Hubert Matos]. Camilo disappeared without a trace, despite a massive search for any trace of the hero or his plane.

You don’t have to be a student of Jungian archetypes, Bruno Bettelheim on fairytales or the purges following the Russian revolution to recognize this story as familiar and inherently implausible. As Hugh Thomas puts it in Cuba, “Speculation about Cienfuegos’ death has continued. …No doubt this is one of the many matters that history will elucidate…”

Why the continued emphasis on revolution?

A revolutionary government that has been in power for fifty years is oxymoronic, and one has to ask oneself about the point of this particular example of Orwellian doublespeak. The label may have made a little sense during the years when Castro had the world’s third largest standing army and was attempting to export revolution to other third world countries. But now the continuous epithet of “revolutionary” applied to the authoritarian government in Cuba, along with the hagiographic iconography of the revolutionary generation, can only be seen as an attempt at justification for the regime’s existence and an attempt to rationalize the failures of the society the regime has spawned.

Cuba is a beautiful country with warm, welcoming and educated people. It’s also a land of contradictions, a place of food shortages and bread lines where vast acres of fertile land lie uncultivated.

Cuba is a banana republic with a back story of gangsterismo and an overlay of dysfunctional Stalinism.

As an American, I feel bad about missed opportunities—and the substantial role that ignorance, avarice and greed have played in America’s long relationship with Cuba. On the other hand, it’s clear that the problems in Cuba run far deeper than the American embargo.

This entry was posted in Cuba, Writing.