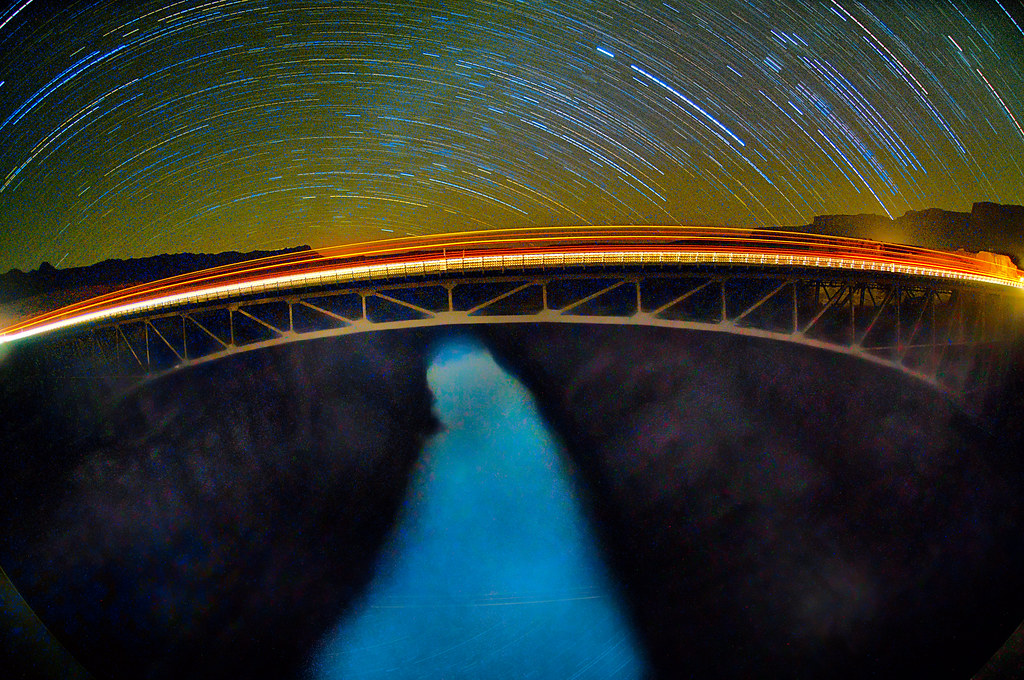 Dipping below the plateau of the Colorado on a moonless night heading for Marble Canyon, I felt adrift driving the van. With apparent nothingness outside, I was alone in time and space. It was a little odd to think of setting up for night photography in the darkness in an unfamiliar geography.

Soon enough, the road descended to the level of the Colorado River. Just a couple of miles from Lee’s Ferry—where early pioneers made their wilderness crossings, and where rafts take out for the glorious descent of the Grand Canyon—Navajo Bridge crosses the Colorado, already deep in the confines of Marble Canyon.

The original bridge, built in 1917, is now for foot traffic, so I went more or less to the center (as far as could be told in the dark) and shot down canyon, roughly southwest, toward the “modern” (1940s) bridge and the mysterious river running quietly on its path of no return.

Exif data: 10.5mm digital fisheye, all captures at f/2.8 and ISO 400, tripod mounted; exposure for bottom of photo at 9 minutes; stacked composite of sky from 13 exposures, each at 4 minutes, plus the original 9 minute exposure.