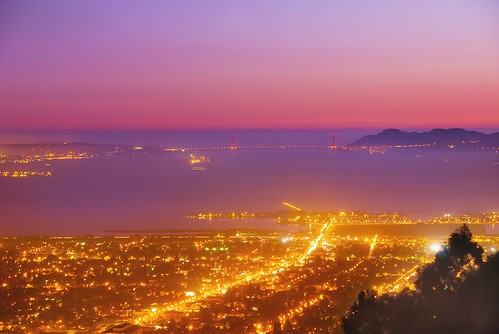 A great bank of fog has covered the Bay area, so it’s a little hard to remember that this past week was summer. It was hot for around here, at least 85 degrees in Berkeley.

On Wednesday, Julian (shown below) had no school, and I took him out to Point Reyes where it was much cooler. We hiked down to Marshall Beach, built a sand castle, hiked back up, then drove over to Drakes Beach and climbed up the bluffs. 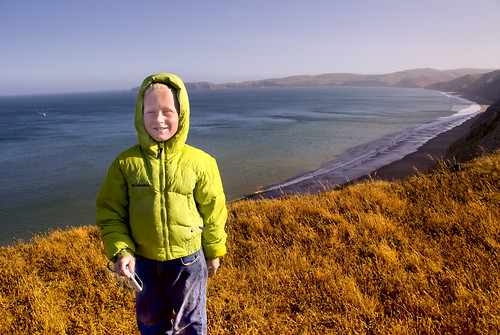 Julian was really respectful of the drop to the beach below. He said, “Dad, if someone fell off, they would die, right?”

Right. Good to hear caution from the boy who lived.

We drove back to Berkeley and took a swim at Julian’s grandparents.

By now it was late and Julian was very ready for dinner and bed. But the sun had set and turned the world pink with the haze of summer. I drove up to the parking lot beside the Lawrence Hall of Science, pulled out my tripod, and snapped this twenty-five second time exposure of the Golden Gate in summer.

Dear reader: I’m off this week to Yosemite to photograph digital night in the mountains, so most likely no blog stories until I get back.