“History repeats itself, first as tragedy, second as farce,” wrote Karl Marx. In that spirit, the photo shows the floor and windows of what is now called the Craneway Pavilion. It’s used today for weddings, rock concerts, and trade show exhibits. Its most important historical use was to make military hardware during the second World War. 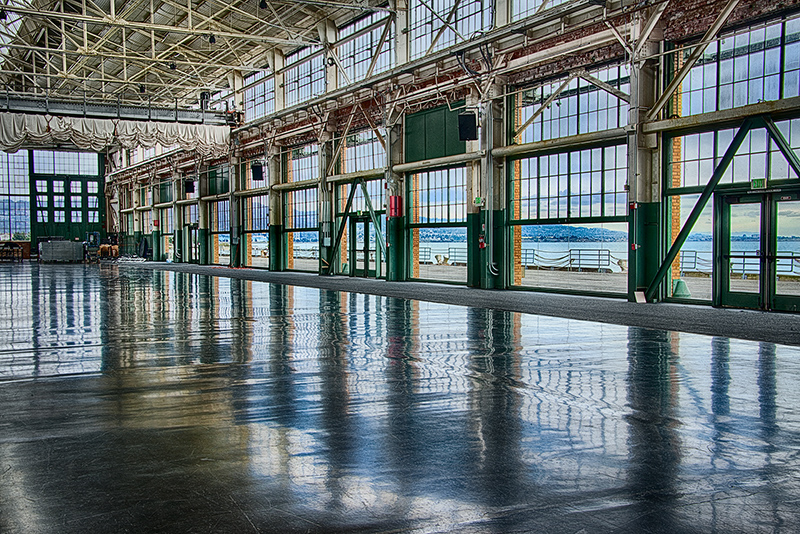 The Craneway Pavilion is located in Port Richmond, California, and is the largest space in the old Ford Richmond Plant—incorporated into the ponderously named Rosie the Riveter / WWII Home Front National Historical Park. Back in World War II, this space—designed by famed industrial architect Alfred Kahn—was where the military hardware that won the war in the Pacific was built, with more than 100,000 jeeps and tanks coming out of the Richmond Tank Depot (as it was known then).

This entry was posted in HDR, San Francisco Area.