Hokusai, the famous Japanese woodblock print artist of the Edo period, created many views of Japan that included Mt Fuji, but the one shown here was probably not in his contemplation as they didn’t have air travel back then. I made the photo on an internal Japanese flight from Tokushima on Shikkoku Island to Haneda Airport near Tokyo. For my own homage to Hokusai in the context of San Francisco, check out my book 100 Views of the Golden Gate.

As part of a chapter in the new book I am working on, related to black and white photography, I’ve been looking through my photography of Japan. These are some of the iPhone photos I’ve found, mostly of subject matter that I also photographed with conventional, high resolution cameras. For example, the view of misty mountains long the Kumano Kodo pilgrimage on the Kii peninsula shown above can be seen more extensively in Distant Japanese Landscape.

The somewhat bleak courtyard shown next is in Koya-san, where I stayed for a couple of rainy autumn days as a guest in a monastery. If you’ve ever visited Japan’s ancient imperial capital of Nara, you’ll know that the deer of Nara are a big touristic deal—which is why they are portrayed in the attractive design on the manhole cover that I found on a Nara side street. I liked wandering around Nara. There was a great deal to look at, such as Kofuku-ji, a Buddhist pagoda temple with origins dating to the 669 AD, once one of the powerful Seven Great Temples. Today, even monuments as important as Kofuku-ji radiate a palpable sense of time having moved on, and despite all the hustle and bustle in Japan Nara seems like a delightful backwater. 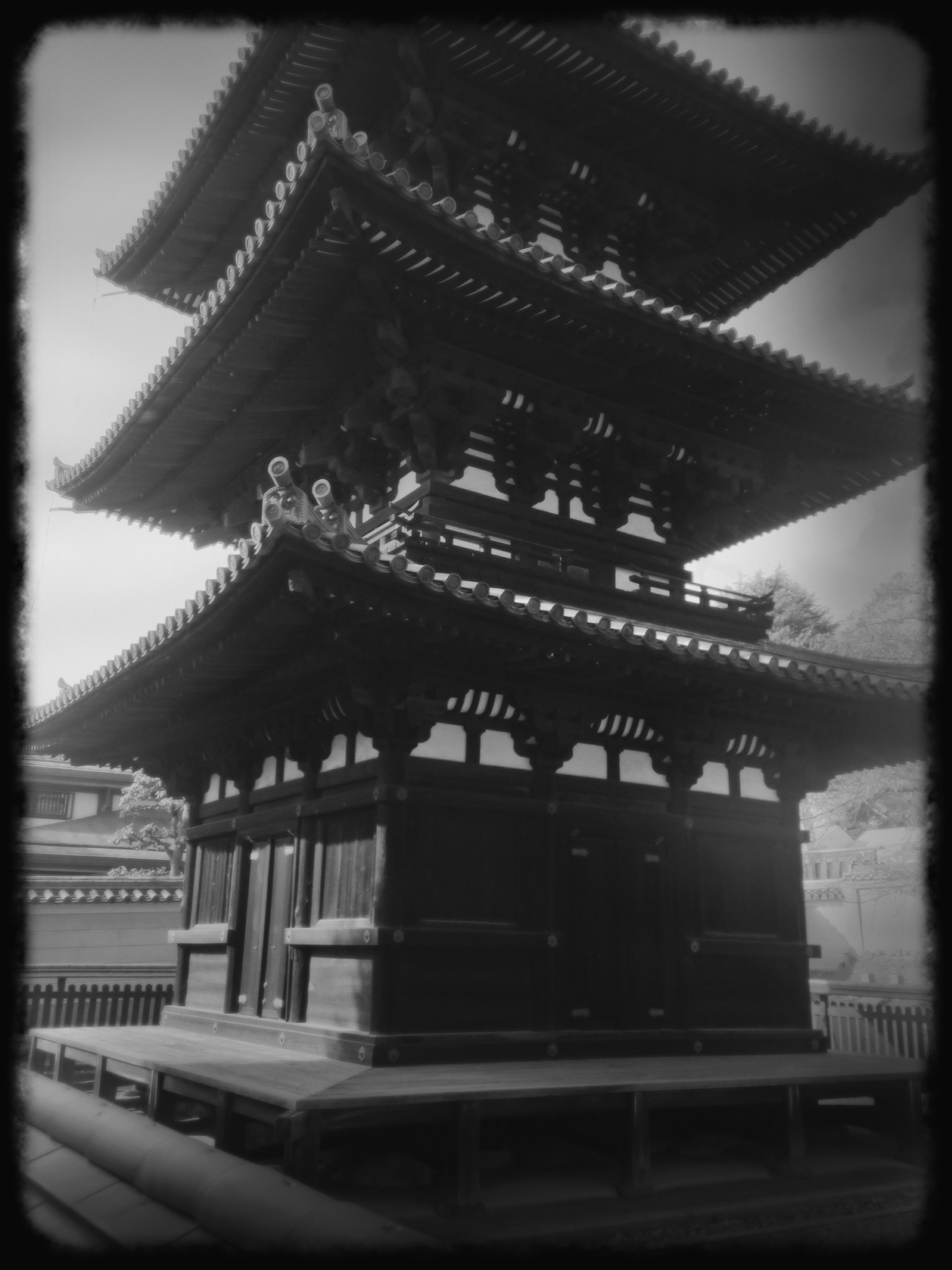 This entry was posted in iPhone, Japan, Landscape, Monochrome, Photography.