Why do I show my work on Flickr? There are a number of reasons, but they boil down to 1,496,603. Let me explain my affair with Flickr.

When I started Photoblog 2.0 in May 2005, I made the decision to serve my photos out of Flickr. This means that the several thousand photos in my blog are sitting on Flickr’s servers, instead of my own server (where I could perfectly well have put them).

Choosing to “mash-up” and outsource Flickr’s photo serving with my own WordPress and MySQL installation was a very Web 2.0 decision, and it has proved to be a smart move from a technology perspective. Flickr takes care of many aspects of image management that I don’t have to worry about, including having each of my photos available in a variety of standardized sizes, image tagging, and image searching. Flickr also saves me from having to manage commentary on my photos, and allows me a great platform for entering into dialogs with people who are interested in my work. For example, hundreds of people on Flickr have stopped by to visit the image below, without me ever having blogged it: 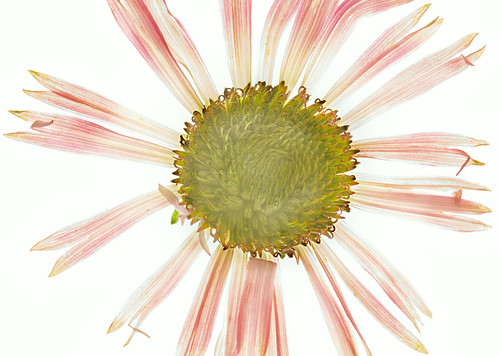 In fact, my presence on Flickr has taken on a life of its own. My Flickr photostream is complementary and as important to me as my blog. According to Flickr (as of January 25, 2008) 1,496,603 people had paid visits to my photos. This is a huge number. It’s hard to see how else I could have exposed my photos to so many people. Besides that, the Flickr community of photographers are a great, creative, and supportive bunch. Here’s my profile on Flickr.

Are there any downsides to using Flickr as an image server? Well, a couple. Flickr’s filters can add contrast and over-sharpen images, so with some photos I have to prep to counteract these effects the way I would with a specific printer. Essentially, I have a Flickr profile that I apply with some of the images I post to Flickr.

Then, there’s the whole issue of putting my photos up on the web where anyone can grab them. True, photos can be “stolen” even when you host them yourself. But there seems to be a feeling in some circles that photos posted to Flickr are fair game.

I’ve been careful to maintain the copyrighted status of my work on Flickr, and avoided the Creative Commons license that Flickr seems to advocate. Nonetheless, it is a safe bet that some of my photos have been copied without permission or payment in their low resolution Flickr versions. I view this “spoilage” as the price I pay for the extravagant exposure and virtual community I get on Flickr. Of course, sometimes the virtual Flickr community collides with my physical world, and I do meet Flickerites in some remote places. These meetings are a true pleasure!

The summary version of this story is that I signed on to Flickr to get a free ride with organized image serving. This has worked pretty well, and the exposure of my work and the friends I’ve made has been a very nice bonus.

In addition, in this day and age, photographers need to look to multiple revenue streams. The advertising revenue that a photo blog can bring is very welcome as one of these. My Flickr photostream and my photo blog are synergistic, with Flickr helping to bring people interested in my photos to my blog. At the same time, Flickr is an extension of my blog, where people can dialog about the photos, and use Flickr’s searching mechanisms. Besides the traffic, my photos on Flickr have caught the eye of many photo buyers who have subsequently licensed my photos.