In a Blue Hour

Over the weekend on Saturday I led a fun workshop sponsored by the Point Reyes Field Institute on Point Reyes photographing Waves. I had some very enthusiastic participants and I think we all had a good time. It was fun to be leading a workshop so close to home compared to my recent travels, and there is no doubt that Point Reyes National Seashore is a visual resource and national park second to none, no matter how far one might roam. 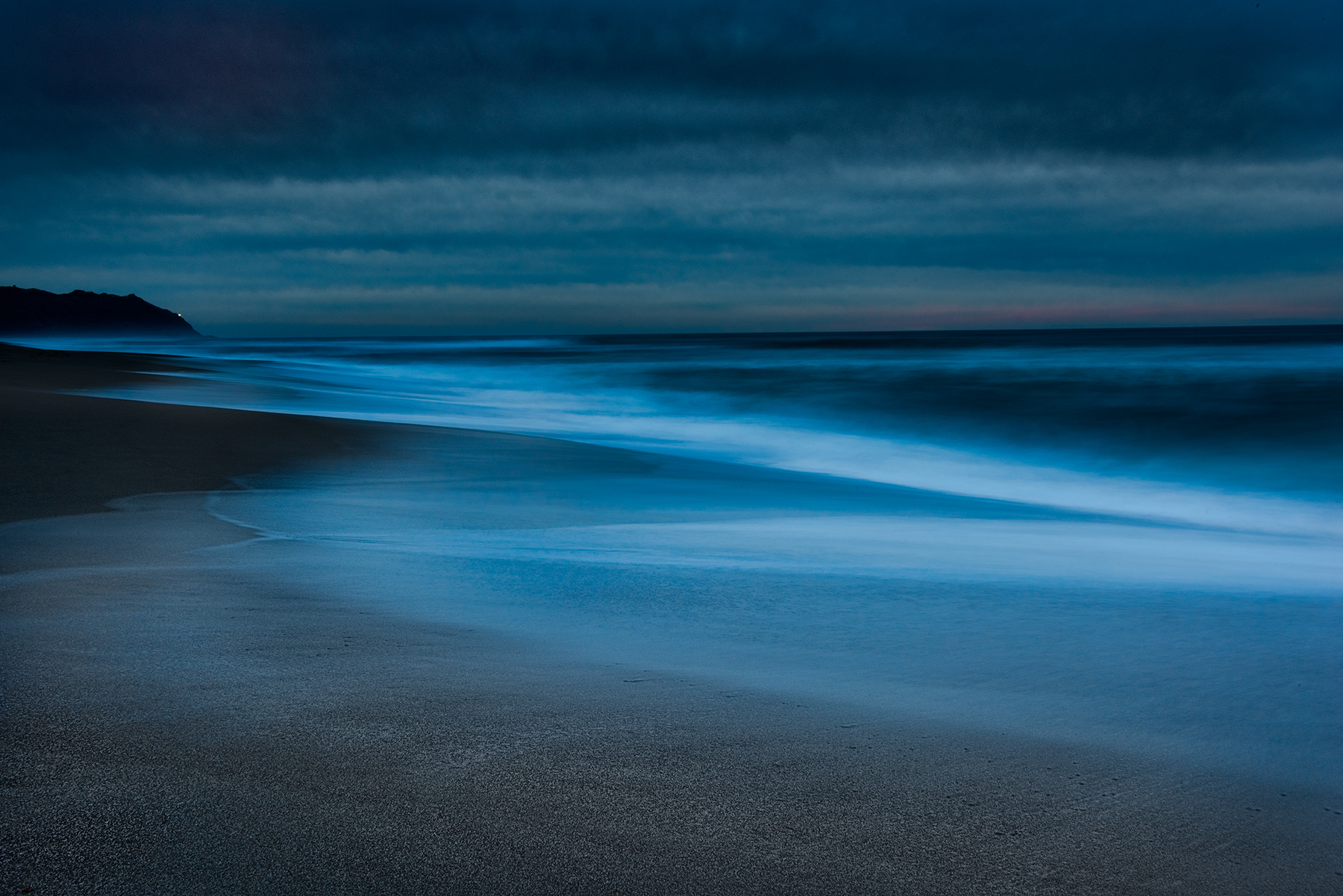 In a Blue Hour © Harold Davis

I was able to make some of my own images during the course of the workshop, and I found that this year I was mainly interested in created abstractions using longish exposures and motion. The top image, In a Blue Hour, was a ten second exposure, with my camera on tripod. Here’s the full exposure data: 44mm lens, circular polarizer, 10 seconds at f/29 and ISO 200, tripod mounted.